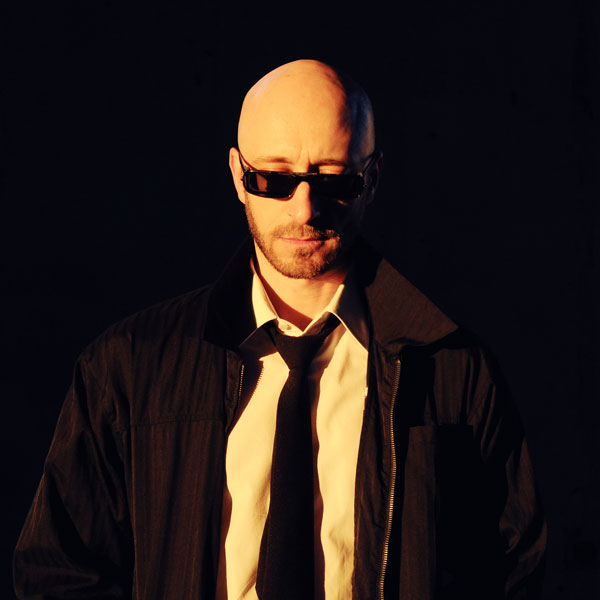 Dj "S", a true ambassador of Soul, Funk & Disco music, was born in Larissa Town-Greece on August 10, 1972. Always in love since a child with legendary artists such as James Brown, Barry White, Luther Vandross, Marvin Gaye and other great names, his musical initiation took part as a half-time radio producer & vinyl collector and then as a professional dj-turntablist by the passing of time. His major entrance in the battlefield of decks, took place at the 1992 Greek DMC Contest, where he won the 3rd prize twice ('92 & '93) and a bright new career started since then. In 1996 he joined forces with "Goin’ Through" one of the most respected and long-living hip-hop groups in Greece, touring around the country as their official dj and earning in the following years 2 golden plaques as their side music producer. Despite the fact that his personal project as a full time hip-hop producer collaborating with many well-known Greek rap artists never saw the light of the day, he decided to lend his music passion & knowledge to an upcomin’ mc at that time, who went by the moniker of "Ominus" and both became the successful Ominus & Dj "S" rap duet. Since 2002 they released 3 official albums, ("Ominus Rissi", "Ominus Odyssey", "Almost Famous") and gathered the praise of critics & fans for their innovative boom-bap sound. Dj "S" was also a video-dj and one of the main hosts of the "Streetbeat" TV show, from 04 until 08, the most successful hip-hop music TV show in Greece on Mad TV channel. In the following years he perfected his craft as a multi-talented music producer, experimenting with vintage black sounds and reviving old-classics in the form of remixes which made a serious impact among the internet and on his YouTube Channel which counts thousands (over 200k) of faithful followers! As far his near future projects concerned, he has formed a production duet along with Greek Dj Chairman called "Senior Citizens" who specialize in diggin’ old samples from the 50's, 60's & 70's and givin’ them a new breath of life which is called Adult Oriented Soul! To say the least, his brilliant work took the ear of many well-known radio producers in countries such as United Kingdom, France, Italy and are being played in heavy rotation daily! Join the likes of Dj "S" and let yourself free to the magical sounds of this soulchild!